Athens, the capital and largest city of Greece, dominates the Attica periphery: as one of the world's oldest cities, its recorded history spans at least 3,000 years. The Greek capital has a population of 3.81 million (in 2011).
A bustling and cosmopolitan metropolis, Athens is central to economic, financial, industrial, political and cultural life in Greece. It is rapidly becoming a leading business centre in the European Union.
Athens is widely referred to as the cradle of Western civilization and the birthplace of democracy, largely due to the impact of its cultural and political achievements during the 5th and 4th centuries BC on the rest of the, then known, European continent. The heritage of the classical era is still evident in the city, represented by a number of ancient monuments and works of art, the most famous of all being the Parthenon on the Acropolis, widely considered a key landmark of early Western civilization. The city also retains a vast variety of Roman and Byzantine monuments, as well as a smaller number of remaining Ottoman monuments projecting the city's long history across the centuries. Landmarks of the modern era are also present, dating back to 1830 (the establishment of the independent Greek state), and taking in the Greek Parliament (19th century) and the Athens Trilogy (Library, University, and Academy).

IMPORTAND LANDMARKS AND SITES OF ATHENS

The establishment of Athens as a city dates back to mythological times. The city’s history is still evident throughout Athens in the form of many Ancient, Roman, Byzantine and modern monuments. Today’s capital integrates the ancient and medieval history into the contemporary era. Monuments can be found all around the city center, side by side with contemporary constructions such as buildings, roads and train stations. 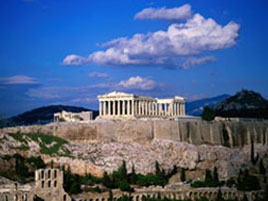 The Parthenon, a monument that constitutes the symbol of Greece worldwide, has been standing on the “sacred rock” of Athens, the Acropolis, for thousands of years. The Parthenon along with the other monuments of the Acropolis, are all excellent pieces of art, reflecting the Classical period and the Golden Age of ancient Athens in the 5th and 4th centuries B.C. 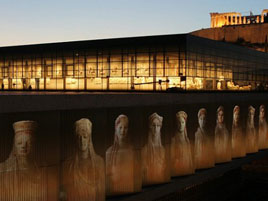 Designed by Bernard Tchumi in collaboration with Michalis Photiadis; the sparkling new museum, since its opening in June 2009, has already become the city’s top attraction and is expected to become one of the most visited and “must see” museums worldwide. The museum, which exhibits approximately 4.000 artefacts, allows the sculptures to be viewed in natural light, with special glass and climate-control measures, protecting them from sunlight. The most impressive part of the museum is its top floor, where visitors will be able to view the frieze and then look out of the windows to view the Parthenon itself. 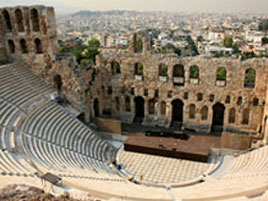 At the footsteps of Acropolis, the Odeon was built in 161 A.D. under Tiberius Claudius Atticus Herodes. To date concerts, plays and ballets have been performed. The natural setting of Herodeion, with its marvelous arcades, the Parthenon as a backdrop and the moon up in the sky will certainly fascinate you. 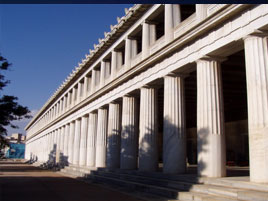 The Ancient Agora, which means “market” in modern Greek, is situated at the footsteps of the Acropolis and in ancient times it served as the commercial centre of the city but also as political, cultural and religious center. 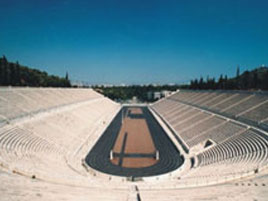 Originally built in the 4th century B.C. for the athletic competitions of the Great Panathinaia (ancient Greek festivities), the “Kallimarmaron” Stadium (meaning“beautiful marble”) was the venue of the first modern Olympic Games, in 1896. 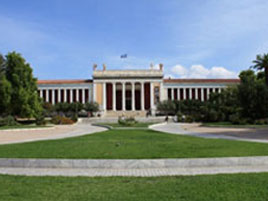 The National Archaeological Museum of Athens is the largest in Greece and one of the most important museums in the world devoted to ancient Greek art. It was founded at the end of the 19th century to house and protect antiquities from all over Greece, thus displaying their historical, cultural and artistic value. 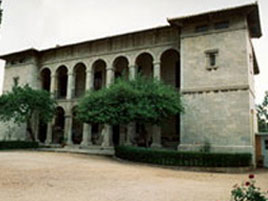 The Byzantine and Christian Museum, which is based in Athens, is one of Greece’s national museums. Its areas of competency are centered on - but not limited to - religious artefacts of the Early Christian, Byzantine, Medieval, post-Byzantine and later periods. The Museum has over 25.000 artifacts in tis possession, which date from between the 3rd and 20th Century A.D.

The Museum of Cycladic Art is dedicated to the study and promotion of ancient cultures of the Aegean and Cyprus, with special emphasis on Cycladic Art of the 3rd millennium BC. It was founded in 1986, to house the collection of Nicholas and Dolly Goulandris an extensive and unique private collection of prehistoric art from the Cycladic islands as well as ancient Greek. 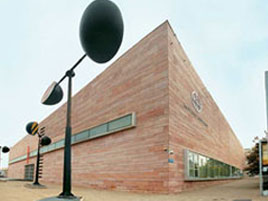 The Benaki Museum ranks among the major institutions that have enriched the material assets of the Greek state. It houses 30.000 items illustrating the character of the Greek world through a spectacular historical panorama covering several periods ranging from the Prehistoric, Ancient and Roman periods to the Byzantine and the contemporary Hellenic period.

Hellenic Cosmos Cultural Center of the Foundation of Hellenic World 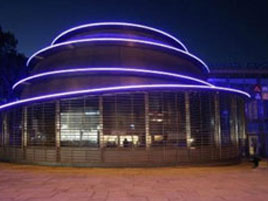 A living museum, an ultramodern cultural center, where visitors can learn about history, culture and sciences through interactive exhibitions, educational programs, virtual reality shows and documentaries.